Many spirited events took place during Jesse and Jessica’s El Nido wedding: a musical performance by the entourage at the welcome dinner, Gary V. serenading and conducting guests on the dance floor, and the father of the bride giving an incredibly rib-tickling speech. But it was the sincere and understated—qualities so rare in this day and age—that we gravitated to the most.

“I can always sense what she feels, even if she doesn’t say much… I immediately felt the spring in her step when she was courted by handsome, debonair Jesse Maxwell.” - Stephanie Kienle

And whose knees would not go weak at the presence of the groom? Jesse’s modesty endears himself to you, whether he’s repeatedly going over the routine for their first dance or blinking at the camera, as if unused to being the focus of so much observation. 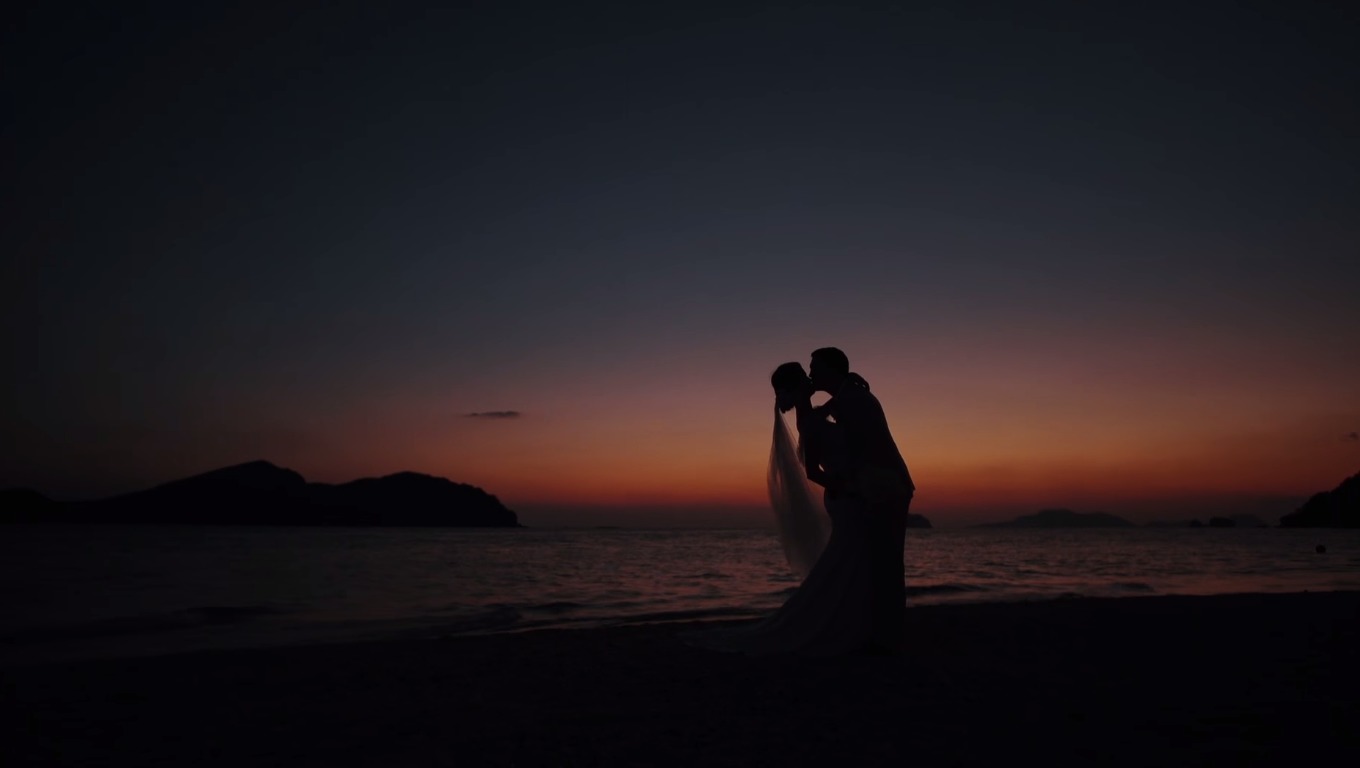 In like manner, Jessica exudes a quiet and unassuming confidence. Even her tears behaved with poise as she reached the end of the aisle and embraced her mother before joining her groom at the altar.

“Whenever a church wedding is celebrated, we give tribute to the power and greatness of love…”

Jesse and Jessica’s sincere but steady calm as they recited their vows echoed the certainty and permanence one cannot help but feel in the presence of the turquoise waters, imposing karst cliffs, and the glowing sun that the couple had chosen to stand witness to their wedding day.

The bonds between the members of the families, as well as friends, of Jesse and Jessica were strong and deep—and it showed. There was constant roasting and ribbing during the speeches that boasted of the infallibility of their relationships. But at the wedding itself, nary a guest could contain his emotions as the bride made her entrance while the groom waited breathlessly, wide-eyed and giddy with butterfly-filled anticipation.

Jessica, since you were a small girl, I knew that the guy who would marry you would win a jackpot… You won the jackpot, Jesse! Congrats.

When Max Kienle embraced Jesse before he gave Jessica away, he seemed to linger for a moment, as if to tell the groom to take care of his little girl. Moments later, when the bride and groom exchanged “I do’s”, we glimpsed Max again, biting back tears in both a sweet and heartbreaking moment.

“I feel like something very important has happened here tonight in this enchanted island, in this group of islands that is so full of beauty as to feel sacred. As a great man used to say, ‘The heart is the hub of all sacred places. Go there and roam.’” - Jessie's Dad

In the only possible fitting ending, Jesse and Jessica—husband and wife—kiss each other as the orange sun smouldered into an ember that sizzled in the distant.