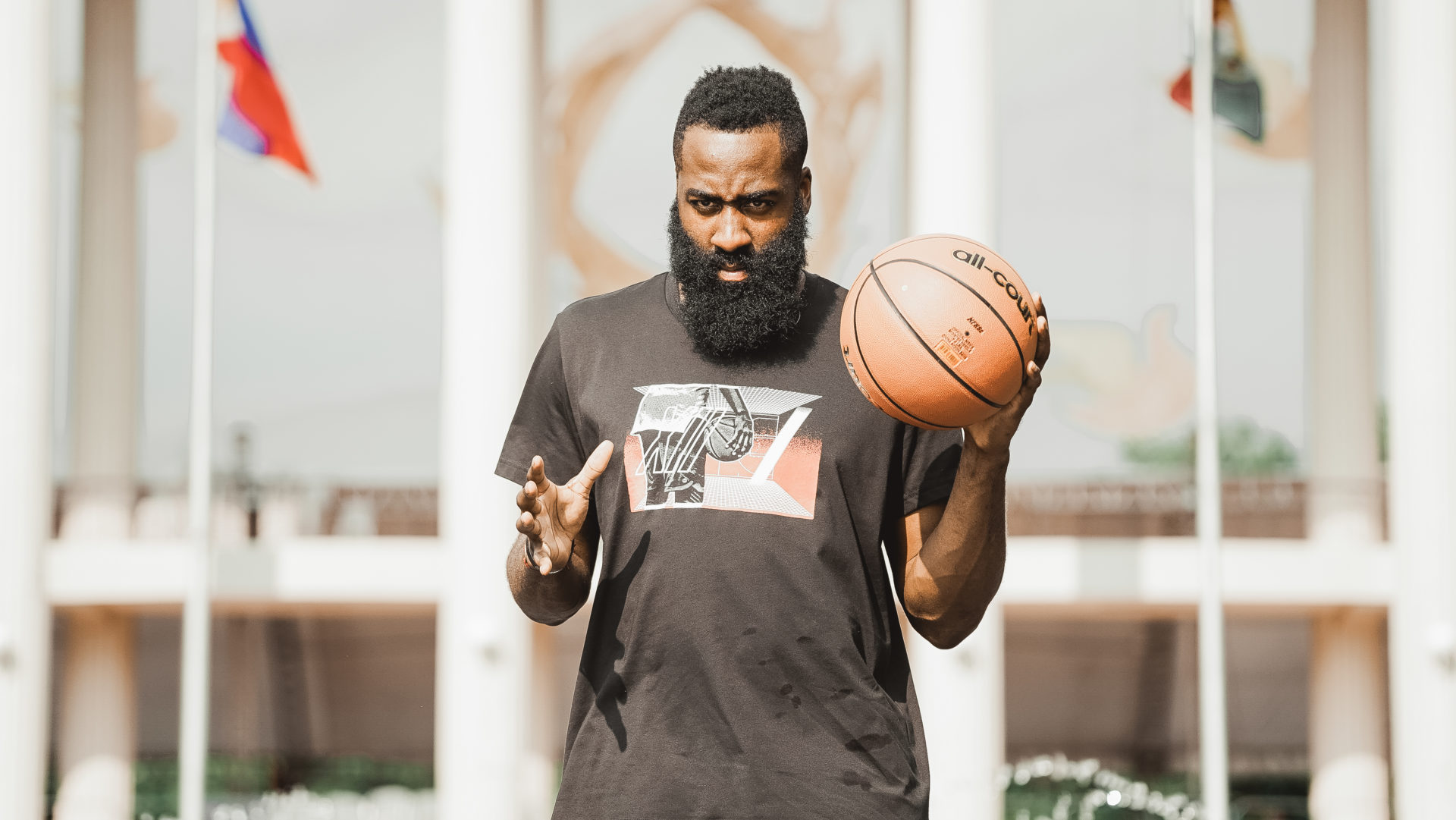 While the NBA is starting again in the bubble, I remember that around this time last year, I had the greatest opportunity to film James Harden’s visit here in the Philippines. An old friend, Shannen, reached out if I could do a highlights video edit of the two day extravaganza culminating in a fan’s night in SMX. Unbeknownst to her, I was already pulling all the strings I could find to get backstage entry. Before she could let out two words I said YES, filming the Beard and being on the job would at least mask some of my THIRST.

And OH, Nikko Ramos (Titan, Slam) also gave me a call and asked if I’d like to be part of the @slam team which gets to field questions on the second day at the Adi store. I feigned hesitation but feigned it very badly. I said YES! (In a higher than normal pitch).

The protocols were strict, like HOUSTON STRIP CLUB VIP STRICT. Came with the bouncers too.

He was flying in from China on a private jet and we were told he would be flying back to Shanghai after the Ph leg. If Chavit was a fan, I’m pretty sure he’d be flying back in a more luxurious aircraft.

We were literally in the tarmac, waiting for touch down, the diplomat treatment. Maybe Michael Learns to Rock or Keith Martin gets the same kind when they fly here, I’m not sure. James was late to fly in the Florida bubble and James was late by a couple of hours coming into Manila. He’s the best shooting guard in the NBA, he’s allowed that.

An Escalade picks him up and instead of going back to the hotel, we zip through EDSA to UP Diliman for the first of events lined up for him – a shoot around with the women’s team and junior varsity, as well as with differently abled athletes.

It was all a blur because I was still pretty frickin starry eyed. I was surprised some useable footage came off it.

We shot some shoe footage at the Oblation led by the guys over at Sproos Creatives in the HEAT and then proceeded back to Shang Fort.

We were told initially that we could shoot some practice footage but was informed that he was done for the day and would like to keep the practice session to himself and his crew.

And that was the takeaway, this is what makes him the one percent of the one percent. Despite the strip club and Kardashian jokes, this guy takes his job very very seriously. He needs to get his reps in wherever he is, whatever he’s doing. That’s dedication. -

The next day was the meet and greet at BGC. Can’t say the crowd was as big as when that “other James” went here but it was sizeable. Ahh the joy of passing through the red velvet rope, smug and feeling important.

Met the kind folks over at Slam including the ONLY Donovan Mitchell fan in the country and tried hard not to make a fool of myself during the round robin of questions. I think I did okay.

From the photos you can see I was one happy kid.

The rest of that afternoon was spent cutting up the footage for the edit to be screened that night. And it was a thrill for our work to be seen by fellow Harden fans. Suzy 899 hosted the night and I was actually surprised she didn’t hit James with a mic when he proclaimed himself MVP. What a professional. Although I could see the Giannis jersey under her hoodie.

I was actually invited to the after party at XYLO but I politely declined,  my head might explode if he offered me a drink (that or he’ll already ask for a restraining order – WHY IS THIS DUDE STILL HERE?).

What an amazing experience. Can’t wait for him to be back with the Larry O in tow.

All photos by Mark John Tumala